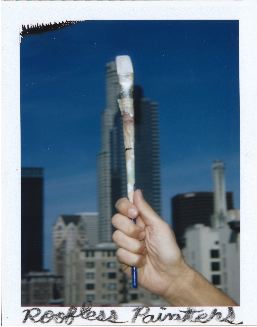 Broadcast has ended. You may watch the replay!

You can still register and watch the replay!

About this painting series

Exactly a year ago, in April 2019, LACMA opened David Hockney’s exhibition “82 Portraits and 1 Still-life”, a show organized by the Royal Academy in London. It consisted of a series of portraits created over a 2 1/2 year period between 2013-2016 in the artist’s L.A. studio.

One of Hockney’s longtime friend was due to be painted for the series in early March 2014, but on the day she was scheduled to sit, she cancelled due to an unexpected family engagement. With everything set to go that day, Hockney decided to paint a still life of fruits on a bench instead.

In a time of self-imposed social withdrawal, Hockney’s stand-in still life due to sitter cancellation seems fitting for a contemporary re-enactment. We’re going to gather whatever fruits we may have at hand in our homes and set them on a chair, as the subject for our absentee portrait.

Hockney ended up painting his friend later in the project, and her portrait was included in the series. We’re looking forward to the day when we can fill our chairs with real humans, hopefully sooner rather than later.

Support: any size, any kind.

Watch it live or watch it later

You can attend the painting workshop live or you can replay it later at your convenience, you decide, just make sure you register.

We'll provide easy-to-follow steps, comprehensive instruction, and tips to help you develop your own work.

Any painting level is welcome.

Registrants will be able to feature the final work for sale on our gallery, so your hard works gets properly and deservedly showcased. We already know your work is collectable, so our gallery allows potential collectors to buy your piece conveniently.

We put together a Roofless Kit for those of you who don't have any materials at home. You can check out what it consists of and what it looks in this video here. And you can get the kit here.

You'll be able to chat with us, post questions, feature your work for a critique session.

We'll provide a shared photo album link so we can all upload and share our work.

A shared photo album link will be provided so we can upload our work and give feedback during webinar.

Please use Google Chrome browser on a laptop for best viewing experience. 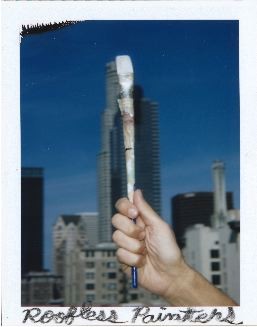 We are a nomadic painting atelier presenting art education and exhibit opportunities to adults with all levels of artistic experience, practice, or representation. Our itinerant art studio pops up in local art-loving venues, historical landmarks, and outdoor environments, providing fine art instruction and white-glove service in a fully supplied setup for a professional studio practice experience. We are unconfined, self-contained, all-inclusive, and nonsectarian.

We will never send you any marketing emails.

We will never send you any marketing emails.